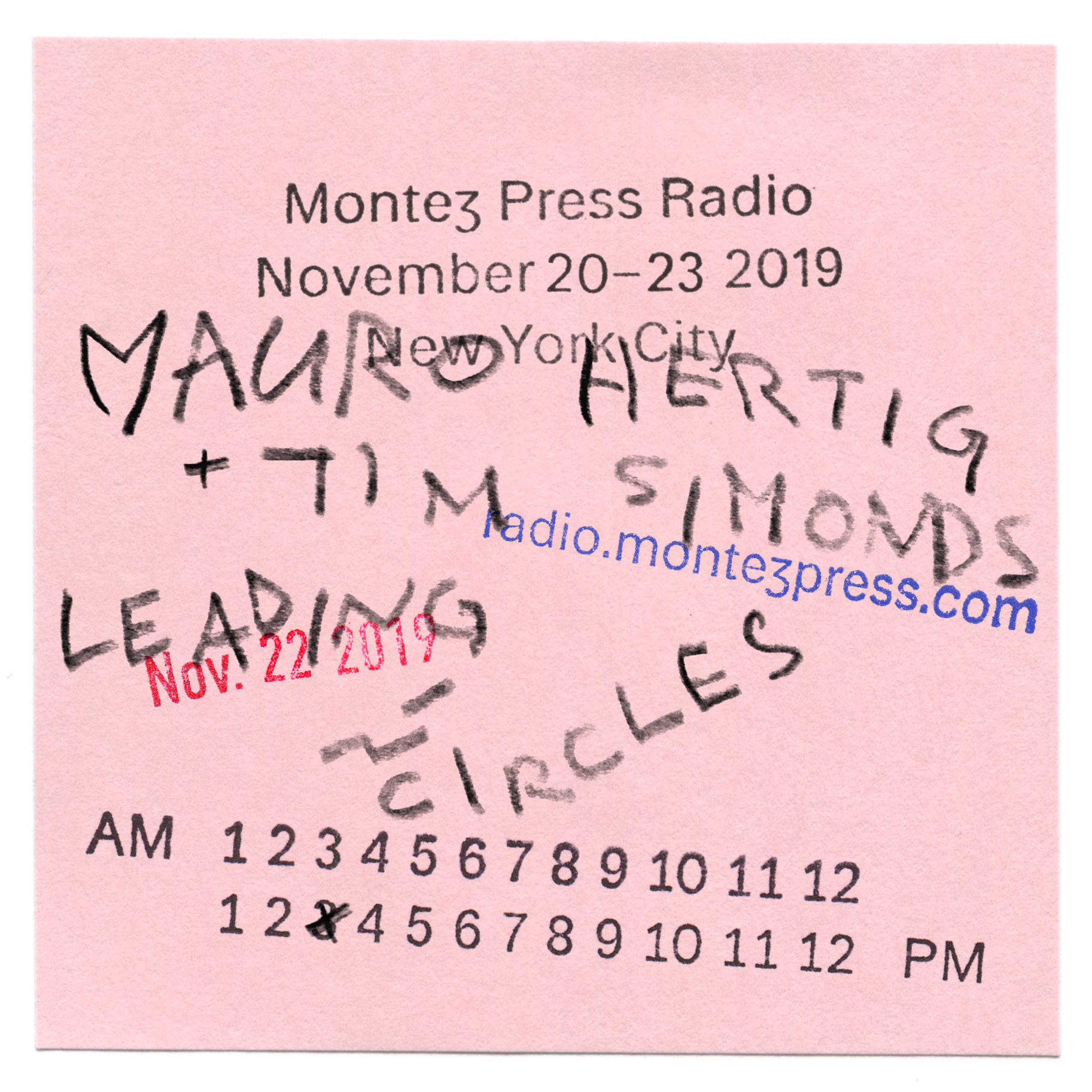 There are two voices, and only two voices all the time.
Either voice might be an instrument’s sound, a guitar or a keyboard, in the room, here, now.

There are two voices, and only two voices all the time.
But these too voices are not limited to our voices and the sounds of the instruments around us here and now. Either voice might be something from farther away, a record of something not now.

He does not control me, he has only opened his mouth and remained silent to let my air out.
He speaks with my vocal chords, and I speak with his.
Every voice speaks using the other voice’s chords.

Leading and Circles was a radio broadcast with the musician and composer, Mauro Hertig. An exchange of exercises for reading and singing. Two voices, a guitar and a keyboard are put in a chain of influences, following and pitch-correcting each other.

Our description as it reads on the broadcaster’s (MPR’s) site:

Mauro Hertig is a composer of ensemble, chamber and site-specific works; with a focus on techniques that involve empathy, and stage environments that transform directions of observation between performers and audience.