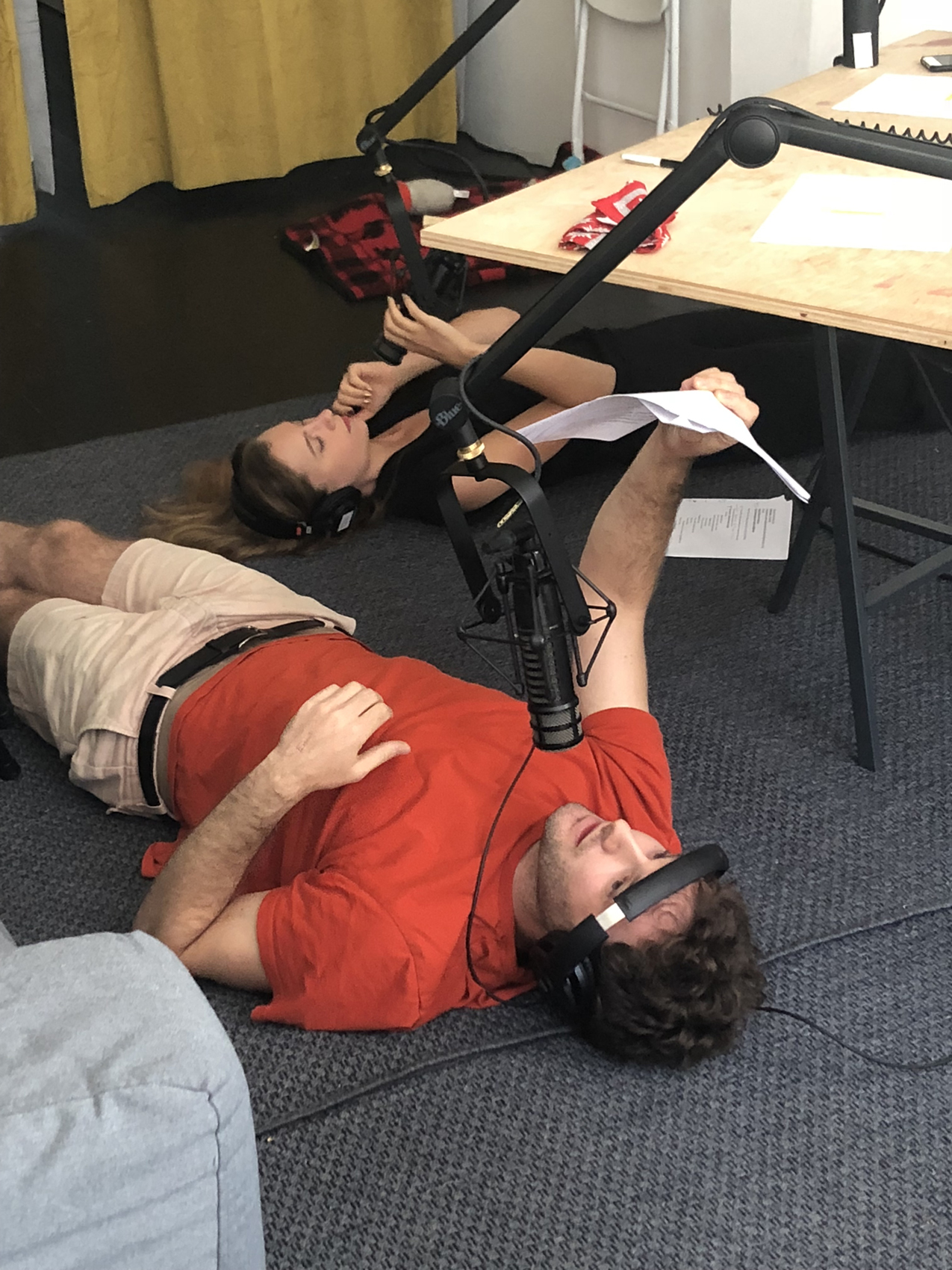 Tongue and Cheek is a radio broadcast that leads listeners through vocal and movement exercises. Broadcasts are composed of warm-ups, conversations, and archival sound that focus on language and communication. We think about communication in a broad sense, leading listeners through exercises that reimagine the limits of the human body, social interdependence, and interspecies or non-species communication.

To reach an arm out of one’s mouth, peek through one’s ear, and speak out of one’s eye. Communication happens by any means possible. It is the different ways bodies extend themselves, as limbs that bridge things—reaching out, stretching and sometimes touching, with a light tap, “Marco!”

How we voice, how we gesture, how we manner, how we empathize.
Exercises to find all ways of thinking of language, and to exercise them as their own paths of communication.

To empathize over radio. Invite to do the same—feel, mimic, echo. “Polo”
The sound of leading, of following, of teaching speaking.
And learning to make a body of a limb.

Caroline Reagan, DOCUMENT. “Montez Press Radio brings us the best (and weirdest) of the downtown arts and culture scene” (June 17, 2020)